Ruth's House to Host Lunch and Learn on Oct. 20 - Piecing Together the Puzzle of Aging

"Katie Krupka owns Home Sweet Home Senior Living Advisor and also works as an Aging Life Care Manager with TUCKed In Eldercare Care Management and Consulting.  Katie has over a decade of experience working with older adults and their families. She is a Gerontologist with a Master's Degree from UMASS Boston as well as a Certified Senior Advisor (CSA)® and a Certified Dementia Practitioner.  Through an empathetic and consultative approach, she advocates for older adults and their loved ones to ensure they 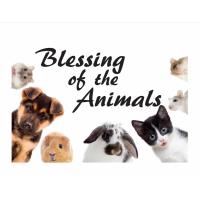 Save the Date for the Blessing of the Animals at Bluebird Estates!

Westfield, MA—Westfield Bank is pleased to announce that it will be holding a free document shredding event at its 300 Southampton Road office in Westfield on Saturday, October 23rd from 9:00 a.m. to 12:00 p.m. Sponsored by ProShred Security®, the event is free and open to the public. There is a limit of two boxes of documents per person.    About Westfield Bank  Westfield Bank, headquartered in Westfield, Massachusetts, is a federally chartered savings bank organized in 1853 and is the largest publicly 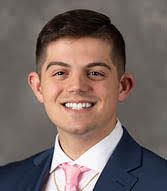 Westfield, MA— Westfield Bank is pleased to announce that Joseph Marek has been appointed Mortgage Loan Officer at the Bank’s main office at 141 Elm Street in Westfield.  In his position, Mr. Marek will develop and maintain business relationships with prospective home buyers, realtors, builders, and colleagues to ensure timely and smooth lending transactions. He will counsel with borrowers to determine creditworthiness and educate them about various loan products to gauge which mortgage services best suit

Brings total awardees to nearly 4,700 nationwide since program launched in late 2020 SPRINGFIELD, MA – Sept. 20, 2021 – Comcast has announced its fourth round of Comcast RISE recipients, which includes 1,100 small businesses owned by people of color, that will receive a TV campaign, production of a TV commercial or consulting services from Effectv or computer equipment, internet, voice or cybersecurity from Comcast Business.  To date, nearly 4,700 Comcast RISE awardees have been announced nationwide and the 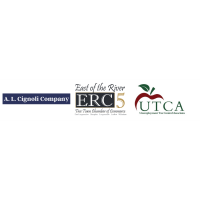 Massachusetts recently released its 2021 Unemployment Tax Rates to applicable employers. Shockingly, MA State has increased the solvency rating factor by 1600% which has resulted in many employers experiencing double, triple, or quadruple their 2020 UI tax rate! This increase is attributed to the historical amount of unemployment claims paid during the pandemic. For some employers, this means thousands of dollars, while some will experience hundreds of thousands or millions in unemployment cost