Executive Committee members and supporters of the East of the River-Five Town Chamber of Commerce received good news in the form of a $24,000 state grant to market the communities of East Longmeadow, Hampden, Longmeadow, Ludlow and Wilbraham.Courtesy of Nancy Connor, ERC5

By Ron Chimelis I rchimelis@repub.com

Nancy Connor called the Massachusetts Travel and Tourism Recovery Grant Program a blessing that comes at just the right time.

“Marketing dollars are so important. We need to reach out and let people know we’re here, and welcome them to be part of our communities,” Connor said after ERC5, the organization she serves as executive director, received a $23,457 grant as part of the Massachusetts Travel and Tourism Recovery Grant Program.

The ERC5 organization (whose acronym stands for East of the River-Five Town Chamber of Commerce) is a collaboration of the chambers of commerce in five towns: East Longmeadow, Hampden, Longmeadow, Ludlow, and Hampden.

In a livestream on Tuesday, the Massachusetts Office of Travel and Tourism announced that 59 grants would be distributed throughout the state, with a total investment of nearly $1.6 million. Support went to several Western Massachusetts sources, including those in Springfield, Amherst, Williamstown, and Ware.

The ERC5 award was singled out during the live stream, and Connor was elated. She says the funding gives the organization a chance to promote its communities in previously unattainable ways.

“News of this award couldn’t come at a better time. It looks like our doors are opening and our customers are coming back. It gives us marketing funds that we can develop and invest,” she said.

Connor said the funds are earmarked digital and print advertising, web site development and video. She said that during tough economic times, marketing budgets are usually among the first to be cut, which can become a self-defeating tactic because marketing is not a disposable commodity of the tourism industry, but its lifeblood.

“We applied for the grant in February and heard about the award in March. We appreciate that it was really a quick turnaround,” Connor said.

A significant part of the ERC5 media budget will be committed to reaching out to minorities, people of color, and those with disabilities.

Connor said that 123,000 Latino individuals reside in Hampden County. The African-American community will also be an important part of the campaign.

The livestream was punctuated by optimism. Massachusetts Lieutenant Governor Karyn Polito said that as difficult as the pandemic has been, the inability to enjoy the state’s special character through tourism and visitation has created a new appreciation for what has always been there.

“We don’t take anything we have in the Commonwealth for granted. We cherish it, we love it and we want to nurture it,” Polito said.

“People are feeling healthier and more comfortable in getting out. The (coronavirus) vaccine is out in full force. We (want to) have our state covered from one end to the other.”

“It’s just feeling like a better time, isn’t it? It’s getting to be time to get back on the road,” state Housing and Economic Development Secretary Mike Kenneally said.

In February, cautious optimism was expressed by Mary Kay Wydra, president of the Greater Springfield Convention and Visitors Bureau.

“In December 2019, the Western Massachusetts tourism industry appeared to be in its strongest position in decades. And it was .... and then, COVID struck,” Wydra said in a column submitted to The Republican.

“No industry has been as hard hit as travel. The U.S. economy lost more jobs in leisure and hospitality than any other industry. By year’s end, Hampden County tourism had lost over 5,300 jobs and was experiencing a 21% unemployment rate, leading all other business sectors.”

Even in February, though, Wydra saw reasons for hope, with the emergence of effective COVID-19 vaccines as a crucial component.

“An inevitable recovery of our economy (and therefore, the tourism sector) seems to be slowly coming into focus on the horizon,” Wydra wrote.

She pointed to projections that, among other factors, leisure travel will be back to 2019 levels in 2022, and that 80% of travelers indicate they expect to return to normal movement patterns within six months of the virus’ containment.

James Donahue, chairman and CEO of Old Sturbridge Village, said Tuesday that the Central Massachusetts attraction lost 150,000 visitors last year. He greeted visitors during the livestream and said the village was coming back.

Prior to the pandemic, when budget cuts appeared necessary, tourism investment was a frequent target of Governor Charlie Baker’s administration. On Tuesday, however, Keiko Matsudo Orrall, the executive director for the Massachusetts Office of Travel & Tourism, said the Baker-Polito Administration has been a reliable and trustworthy ally in supporting the recovery of the industry. 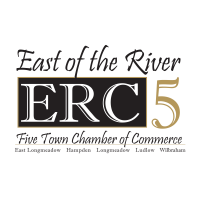